ANOTHER QUINTE+ FOR GERARD AUGUSTIN-NORMAND

Last saturday, in Saint-Cloud, Less is More (Beat Hollow) has offered another success in a Quinte+ to his owner, Gérard Augustin-Normand, just one month after Renaione, who won at the same level in Cagnes-sur-Mer.

Lord Sinclair (Mizzen Mast) won in an impressive style the Prix Montenica, a listed-race, last thursday in Deauville. It was the second start for the grey colt, who only made his debut last month, in Cagnes-sur-Mer. Lord Sinclair beat Robert le Diable, who had more experience than him and is confirmed at this level, as he scored third in a listed-race last year. Obviously he will now aim the good races in the spring, either the Prix Djebel or the Prix de Fontainebleau (Gr3), the prep-races for the Poule d'Essai des Poulains (Gr1). 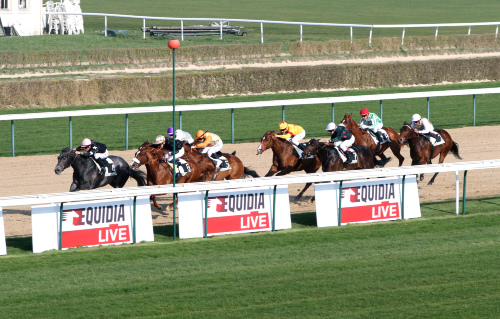 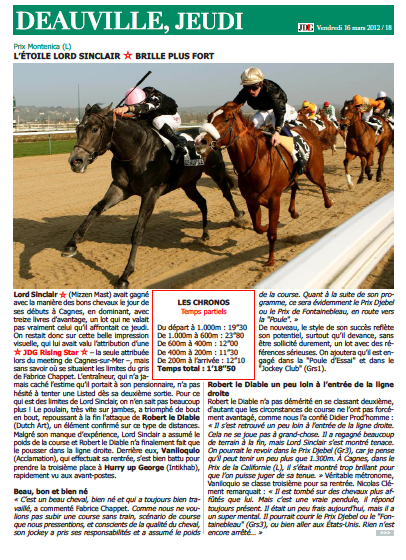 After his win in a prep race, Sant’Alberto (Colossus) was an excellent 2nd in the Grand Prix du Conseil Général des Alpes-Maritimes, a listed-race which is the first leg of the Defi du Galop. With a better travel, there is no doubt he will have finished closer to the winner, Griraz. 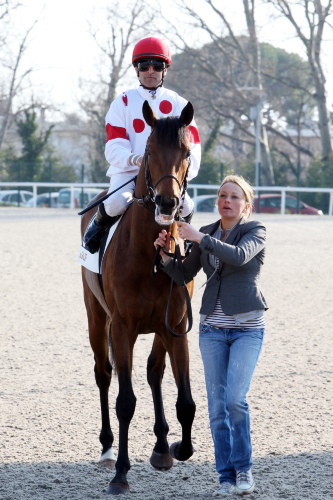 Lord Sinclair (Mizzen Mast) was quite impressive when winning his maiden for his first start, in Cagnes-sur-Mer. The grey colt was the only beginner of the race. Fabrice bought him as a yearling in Keeneland, for $52.000. JDG decided to attribute him a JDG Rising Star. Lord Sinclair could now run in the Prix Montenica, a listed-race, in Deauville. He is definitely one of the great hope of the stable. 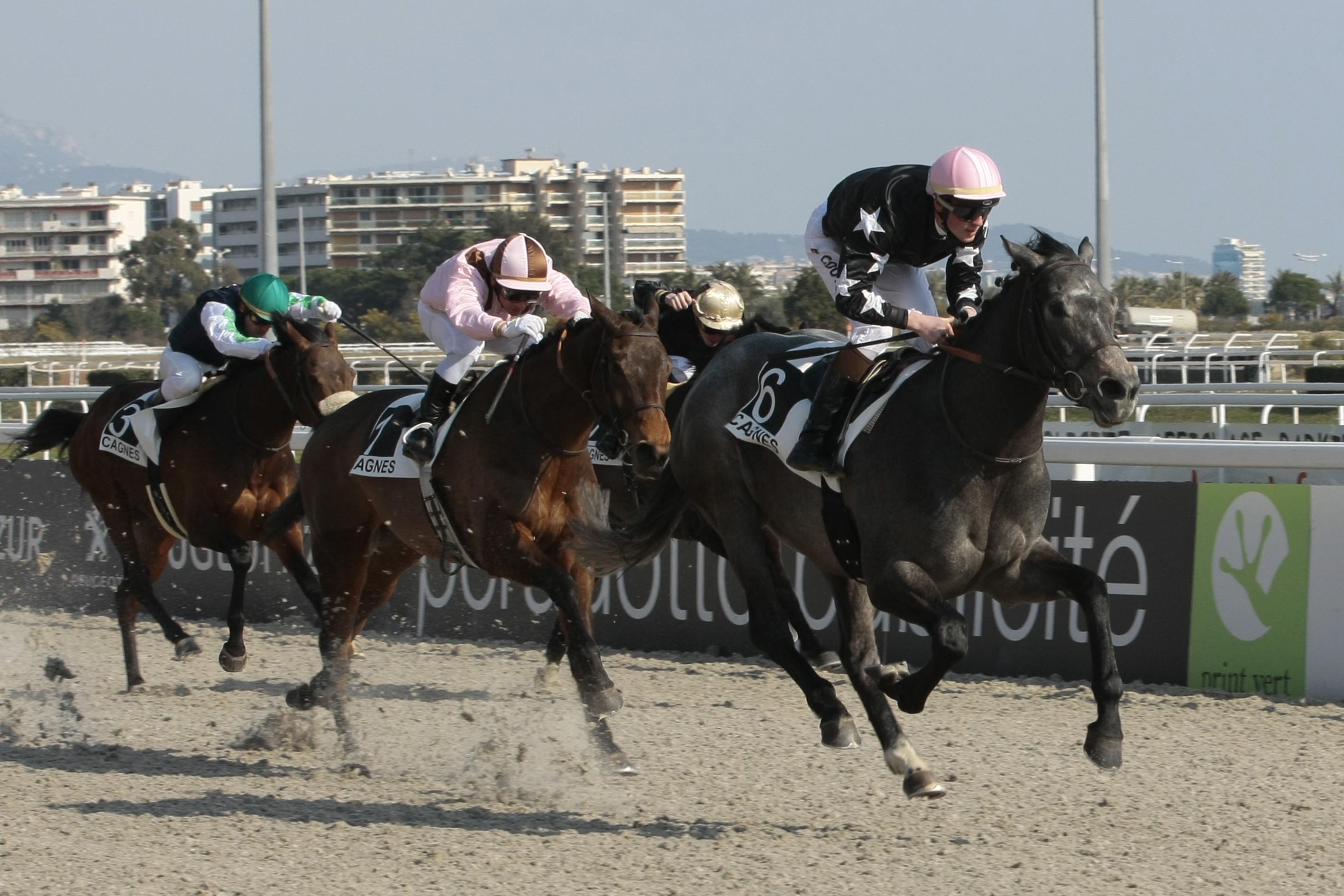 Lord Sinclair wins easily for his first start, in Cagnes-sur-Mer (Photo A. Viguier) 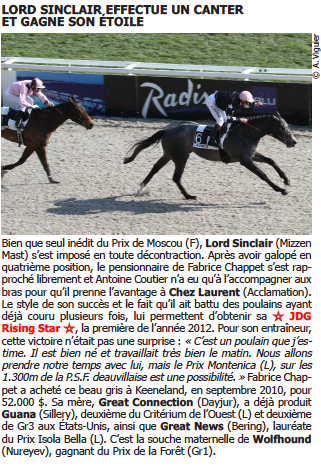 2011 was a great year for Fabrice’s team. With 60 % of his horses finishing in the money, and an average earning of €15.000, for a total of more than 1 million € earnings, the stable is in the top twenty stables in France. 2012 has started even better. In Cagnes-sur-Mer, whose meeting Fabrice has always been an early enthusiast, the horses picked up a nice crop of wins and are now ready to begin the parisian season in the best conditions. 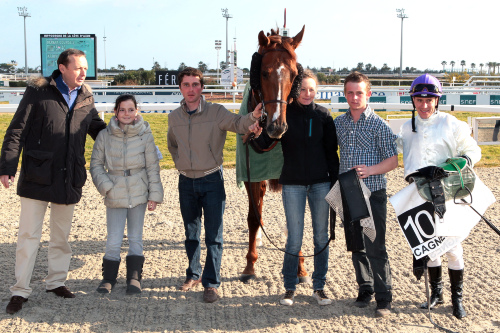 Renaione has won a Quinte+ in Cagnes-sur-Mer, just after having been claimed by Gérard Augustin-Normand. (Photo Sccopdyga.com)

Posted on 29 Feb 2012 by Fabrice Chappet
Blue Panis, from Deauville to Dubai

Bought by Fabrice as a yearling for only €13.000, the four-year-old Blue Panis has earned more than €260.000. He is a multiple stakes winner, and among his achievements, a second place in a Grade 2 (only beaten by a nose) in Hollywood Park. He was sold during the last Arc Sales in Saint-Cloud for €140.000 to Prime Equestrian. The aim is to race the horse in Dubai. Such a long way since his birth, in a small stud in the South-West of France ! 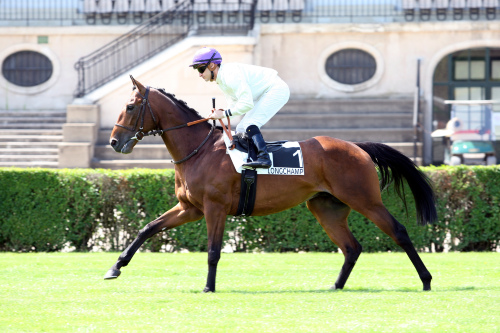 Ten days before the end of the Deauville meeting, the results of our stable are excellent. With 25 runners, we have registered 4 wins and 15 places, that is to say 76% horses in the money. This remarkable statistic illustrates quite well our philosophy : one horse, one win. Deauville is a special moment for the team, the horses and the owners. What better place than Deauville to celebrate a success ? 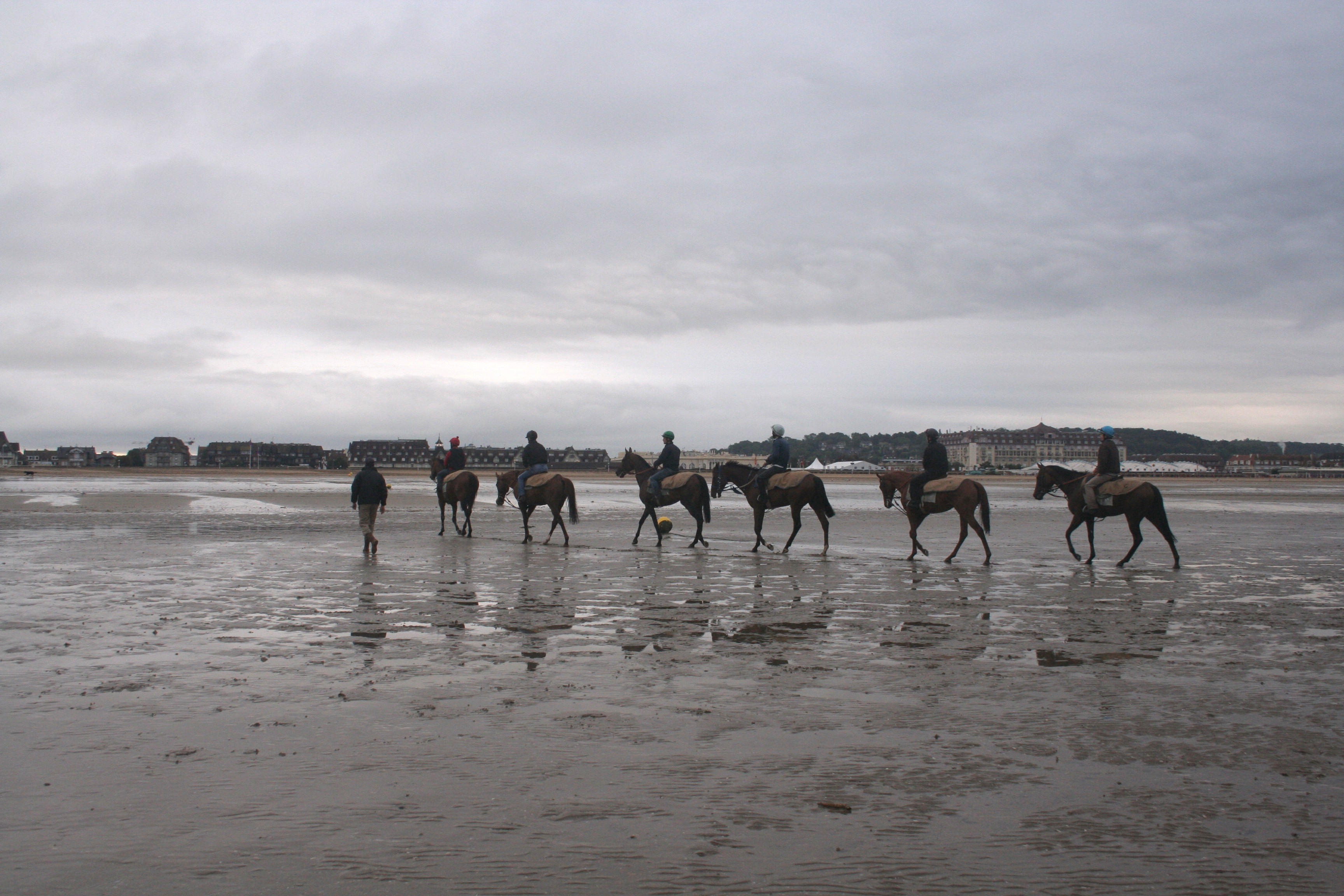 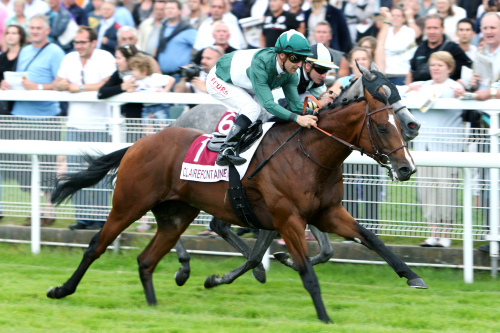 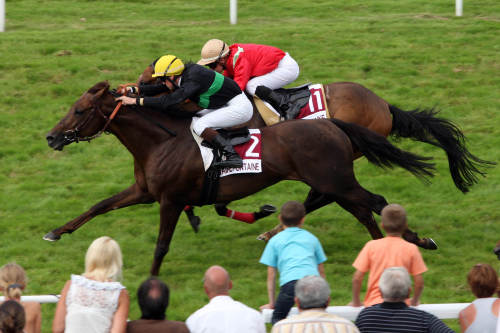 Last Saturday, in Deauville, Blue Soave was a brilliant winner of the Prix de Saint-Patrick, a listed-race. The horse has progressed continually during the season, and it is already his fourth success since the beginning of the year. This performance is just a confirmation after his excellent third place in the Prix Paul de Moussac (Gr3), just behind Mutual Trust, the unbeaten winner of the Prix Jean Prat (Gr1). Blue Soave is owned and has been bred by Karine Belluteau. He was not sold as a yearling for €14.000. 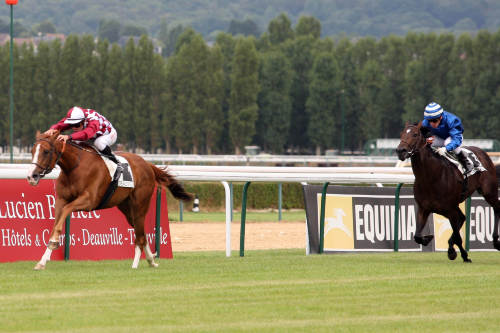 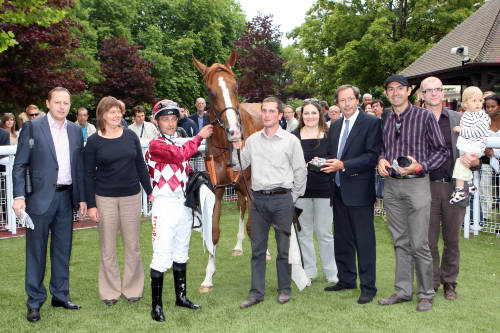 Posted on 10 Jul 2011 by Fabrice Chappet
The "Blue" brothers

June has started strongly with already two winners in Paris as well as some good placings. During the Prix de Diane’s meeting, Blue Soave finished third in the Prix Paul de Moussac (Gr3), a prep-race for the Prix Jean Prat (Gr1). The colt was not sold for €14,000 as a yearling at La Teste’s Osarus sales. His brother, Blue Panis, made his return after a break of nearly six months on the same day, finishing an excellent fifth in the Prix de Chemin de Fer du Nord (Gr3), just three lengths behind Byword, last year's Prince of Wales’s Stakes winner. 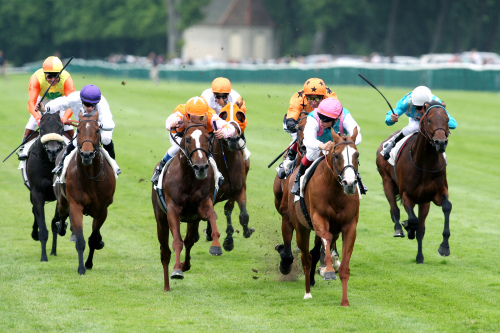 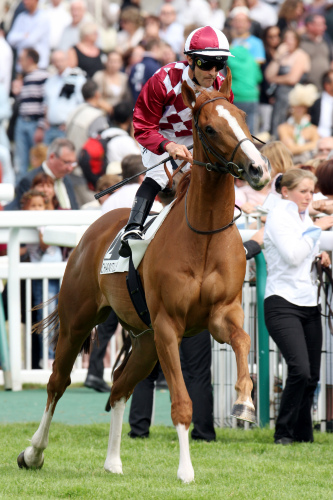 After an excellent year in 2010 that ended in California with the success of Paris Vegas and a superb second place for Blue Panis just a nose behind the winner in the Oak Tree Derby (Gr2), this season has begun even better with 14 winners and 40 places already, out of only 24 horses runners to date (Up to May 20). With 60% of his horses finishing in the money, and an average earning per horse of more than 10.000 euros, Fabrice’s stable is in the top five stables in Paris ! 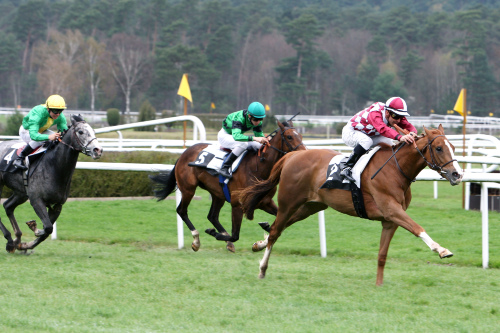 Blue Soave winning his third race of the year, in Fontainebleau (Photo ScoopDyga.com)